LYNX is required by European and Dutch Law, including the Anti-Money Laundering and Counter-Terrorist Financing Act, to establish the identity of the Ultimate Beneficial Owner(s) (UBO’s) of the client. In addition, the client is required to report any changes in (Pseudo) UBO registrations of the legal entity. This article provides the (Pseudo) Ultimate Beneficial Owner Registration Form. Furthermore, specific (Pseudo) UBO conditions can be found. If any changes occur, the Registration Form must be signed and returned to clientacceptatie@lynx.nl, including a copy of identification document for each (Pseudo) UBO.

When current UBO registrations known by LYNX are no longer correct, all possible UBO’s of the legal entity must sign and return the (Pseudo) Ultimate Beneficial Owner Registration Form. This form can be downloaded using the link above.

Note: It is important that every possible (Pseudo) UBO provides an ID copy and the signed (Pseudo) UBO Registration Form. Both documents can be send to acceptatie@lynx.nl.

How do I find the correct UBO(s)?

Directive (EU) 2015/849 of the European Parliament and of the Council of 20 May 2015 on the prevention of the use of the financial system for the purpose of money laundering or terrorist financing defines the Ultimate Beneficial Owner in article 3 paragraph 6 under (a) sub (ii) as follows:

The beneficial owner in the case of a corporate entity is:

The natural person who ultimately owns or controls a corporate entity through direct or indirect ownership of 25 % plus one share of the shares or voting rights or more than 25 % ownership interest in that corporate entity, including through bearer shareholdings, or through control via other means, other than a company listed on a regulated market that is subject to disclosure requirements consistent with the law of the European Union or subject to equivalent international standards which ensure adequate transparency of ownership information.

LYNX assumes that a member state of the European Union did not decide that a lower percentage is an indication of ownership.

The UBO is therefore a natural person who meets one or more of the following characteristics:

Here, the only UBO is the sole proptietor.

Here, a UBO is a natural person who directly or indirectly:

Companies which are listed on a stock exchange are exempt from this 25% rule.

Here, a UBO is the natural person who:

In the case of a trust, multiple people must be designated as a UBO. This at least concerns:

</p> <h4>What if none of the above mentioned circumstances are applicable?</h4> <p>

In the event that no person, as defined above, is identified as a UBO for the legal entity, then a natural person who holds a position as managerial officer is defined as the Pseudo UBO. This is understood to mean the ‘statutory management’ of the client.

In the case of a partnership, the managing partner is designated as a Pseudo UBO.

U bent wellicht ook geïnteresseerd in 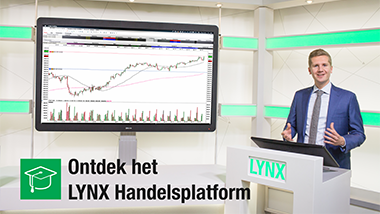 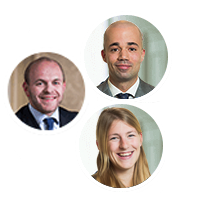